When the parties both agree to proceed with a divorce and all issues may be amicably resolved, it is truly an uncontested divorce.  If the parties are able to proceed amicably, the divorce and settlement will be reached in a much shorter span of time.  In divorce proceedings, there are three parties or elements involved:  the Petitioner, the Respondent and the Court, which makes orders it deems appropriate, just and equitable such as an Order for Custody Evaluation or the Appointment of Minor’s Counsel.

When the parties are unable to resolve issues such as child custody, division of community assets or spousal support to name a few, the matter will be litigated. A Court Order will be obtained in the absence of any settlement by the parties.

When the parties do not intend to initiate divorce proceedings, but wish to formally separate, it is called a legal separation. Unlike divorce, a legal separation does not put an end to a marriage. During the separation, the parties remain legally married while choosing to live separate lives. The parties deal with all community debts and assets; however, they will not obtain a divorce nor will either party revert to the status of a single person. This option is desirable for individuals who cannot obtain a divorce for religious purposes or family reasons. Examples of issues that may be addressed in a separation agreement are the division of assets and debts, child custody, child support, visitation schedules and spousal support.

In a few states, in the initial custody decision, statutes allow the court to consider which parent is more likely to allow frequent and continuing contact with the other parent. Where the interference by the custodial parent has been persistent or has involved hiding the child, the court may even transfer custody from the custodial parent to the non-custodial or visiting parent.  As a general rule, however, the court will not settle a dispute over visitation by transferring custody because such a modification may end up disrupting the child’s stable home environment.  Instead, the court may choose to expand the visitation time allotted to the non-custodial parent.

Where the non-custodial parent seeks to enforce rather than modify visitation rights, a contempt action may be brought against the custodial parent, if there has been a violation of a prior visitation order issued by the Court.  The reality is that the contempt procedure takes time and rarely accomplishes much unless the contemptible act occurred several times. It also depends on the temperament of the judicial officer.  Courts are often reluctant to put the custodial parent in jail because of the negative effect on the child.  Methods used to enforce visitation rights include contempt, the posting of a bond by the violator, and the award of attorney fees.

When one parent decides to move out of the State of California, that parent needs to obtain a court order in the absence of an agreement by both parents. For the court to make a decision, it requires evaluation of whether such a request is in the best interest of the child.  The Court is reluctant to deprive the minor(s) of the love and affection of one parent unless it is in the best interest of the children.  Usually, the Court orders an evaluation of the child(ren) by a licensed professional. Thereafter, the matter is decided based on evidence found by the professional. Frequent visitation and contact with the minor(s) by the non-moving parent weigh heavily in the Court’s decision since the court needs to determine whether it is in the best interest of the minor(s) to be separated from the non-moving parent. When frequent contact exists between the child(ren) and non-moving parent, a move away order is much more difficult to prove by the moving party. 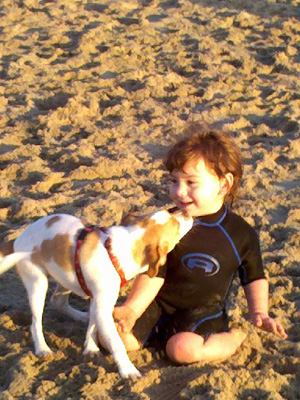 Parents are responsible for the care of their child(ren) and for their financial support based on ability and income. The Court determines child support after obtaining information about the income and expenses of both parents. Upon obtaining financial information, the court considers that information along with the percentage of time that each party spends as far as the custody and care of the child(ren) in order to determine the fair amount for support. This balances the financial responsibility for the child(ren) between both parties as much as possible. It is the court’s intention for the minor(s) to enjoy the parents’ wealth and to preserve the standard of living as much as possible.

The Court may award “alimony” or spousal support to one party in a divorce or legal separation proceeding based either on an agreement between the couple or a decision by the Court itself. A Court decision is based on the parties’ income. This limits any unfair economic side effects of a divorce by providing a continuing income to a non-wage-earning or lower-wage-earning spouse.

The Court has broad discretion in determining whether to award alimony and, if so, how much and for how long. The Court considers many factors in awarding spousal support, such as:

Child Abuse consists of any act or omission of an act that endangers or impairs a child’s physical or emotional health and development. The severity of the abuse can range from mild to severe in nature.  Millions of children are the victims of child abuse each year. There are various people who commit child abuse; most often it is the child’s parent, caregiver or family member.  If the child abuse matter has been referred to a state or local social agency, then an investigation will occur.  The child may be removed from the home temporarily, permanently or not at all, depending upon the circumstances involved. States have different requirements and reporting procedures for individuals.  For example, most states require that any medical professional that suspects a child is a victim of child abuse report the suspected abuse to the proper authorities.

Spousal Abuse consists of any act that results in physical or mental abuse, such as hitting, kicking, hurting, scaring, throwing things, pulling hair, pushing, stalking, harassing, sexually assaulting, or threatening to do any of these acts upon a spouse.  Abuse may be spoken, written or physical.  When domestic violence or abuse occurs, the abused individual may file for a restraining order.  Our office assists and represents individuals with such cases by filing for a Temporary Restraining Order. The judge will decide whether or not to make the order within 24 hours from its filing.  Upon obtaining the temporary order, the court will set the matter for a hearing; such a temporary order is valid only until the next court hearing.  The permanent order could last up to 5 years.

A major factor that influences divisibility is the contribution of the non-owner spouse to the marriage, and the extent to which that spouse has facilitated the maintenance, improvement and appreciation in the value of the home.  The divisibility of separate property is equally influenced by the extent to which marital funds were used for the repayment of any mortgage held on the property.  Other influential factors include the length of time after property’s acquisition that the marriage continued and whether the parties became accustomed to a lifestyle dependent upon the property.

Experts using standard appraisal techniques usually perform a valuation of the home.  It is preferable to value the home as close as possible to the time of distribution.  To ascertain the value of the property for purposes of distribution, all expenses associated with the sale of the property should be included.  The risk of any defective title also can be an appropriate factor to take into account when determining valuation of real property, as well as anticipated or potential tax consequences.

Sale of the marital home is often disadvantageous to at least one of the spouses and is usually disruptive to the children of the marriage.  Common reasons for not selling at the time of dissolution include poor market conditions, tax consequences, and the fact that the residence is suitable for the parties’ minor children.

The sale of a marital home may be ordered and the proceeds divided between the parties when a couple’s equity in the home is large, and the property cannot be partitioned or physically divided.  It may be the preferred method of distribution when a childless couple dissolves their marriage because division of the proceeds, after the home is sold, is relatively uncomplicated.

Award to One Party

At times, the determinative factor allowing for division is the economic need of one spouse.  Statutes often list the desirability of awarding the family home, or the right to dwell in the home for reasonable periods of time, to the custodial parent as a factor for courts to consider in making an equitable distribution.  Strong personal ties to the residence may also be a factor in justifying an award to one of the parties.  However, the partnership nature of a long-term marriage or economic need may outweigh those personal ties.

Award of the home to one spouse avoids expenses associated with a sale and the necessity of finding new housing for that spouse.  Therefore, a distribution has special appeal if there is property to award the other spouse as compensation.  Various methods of offset and justifications for unequal division are utilized to avoid sale and allow the home to be awarded to the spouse with meager assets.

There is a strong policy in favor of awarding the use and occupancy of the marital residence to the parent with primary custody when there are minor children of the marriage.  This enables the custodial parent and children to continue living in the home when sale of the home and other assets of the marital estate cannot provide comparable housing.

In many jurisdictions a divorce decree will operate to convert a tenancy by the entirety into a tenancy in common between the parties, thus making the property subject to a partition action.  As a result, a mortgagee or some other successor in interest to one party’s rights may become a tenant-in-common with the occupying spouse, unencumbered by any rights of survivorship that the occupying spouse enjoyed when the property was owned during marriage as a tenancy by the entirety.  However, if one spouse is awarded a percentage interest in the house other than fifty percent, the creditors or successors in interest of that spouse will be limited to rights in the percentage granted to that spouse in the decree, even if the debt or obligation was incurred prior to dissolution.

The Uniform Parentage Act State Statute governs paternity proceedings.  A paternity proceeding may typically be commenced any time from after the child’s birth or at any time for the purpose of declaring the existence of the father and child relationship such as in custody, visitation and support matters.  Parties may contest paternity by requesting the court order DNA testing to determine paternity within the time allotted by law for such contests under common law and case law.

When paternity is disputed and there has been little to no prior contact with the child, the court is reluctant to order visitation until paternity is established by DNA testing in contested cases.

If both parties do not dispute paternity, the father may start visitation based on prior contact with the minor. If there has been little to no contact, the court will permit short visits until the relationship is established. Later, visitations may eventually increase to allow continuous contact with both parents.

As a general rule, however, the court will not settle a dispute over visitation by transferring custody when a parent had little contact with the minor child. Such modification may end up disrupting the child’s stable home environment.   Instead, the court may choose to expand the visitation time allotted to the non-custodial parent.

Are You In Need Of Legal Advice?