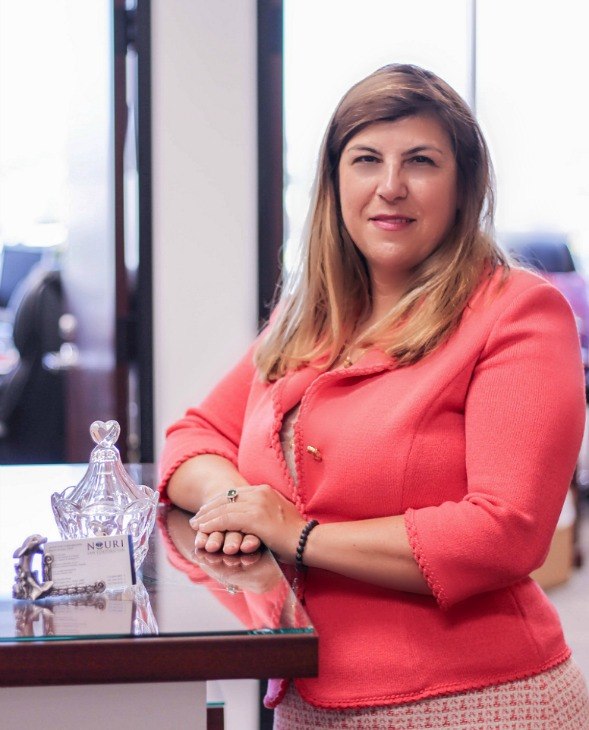 Faith Nouri is licensed to practice law in both the U.S. and Canadian Federal Courts. Ms. Nouri is an Attorney at Law in California, and a Barrister & Solicitor in British Columbia, Canada.  The kinds of matters Faith handles in Family Law and Immigration Law are summarized below.

Ms. Nouri has handled numerous family law cases including former order to show cause and current request for order hearings, notice of motions, bifurcated hearings, and trials including:

Aside from litigation, Ms. Nouri is able to resolve your family dispute amicably with mediation or collaboratively with parties as a certified and experienced mediator and collaborative divorce attorney.

Ms. Nouri is familiar with the Hague Convention of 25 October 1980 on the Civil aspects of International Child Abduction and utilizing the State Department and Embassies abroad, and the FBI and Child Abduction Units in both L.A. and Orange counties, for international child abduction.

Ms. Nouri is certified as a Family Law Specialist by the State Bar of California, Board of Legal Specialization.

To be eligible for certification, an attorney must generally be an active member of The State Bar of California, and:

Have been engaged in the practice of Family Law and have devoted a substantial amount of time to occupational endeavors in this field during each of the previous five years;
Pass a rigorous Specialization Examination;
Demonstrate a high level of experience in the specialty field by meeting specific task and experience requirements as listed in the Standards;
Complete at least 45 hours of continuing education in the specialty field or a closely related field;
Be favorably evaluated by other attorneys and judges who are familiar with the tasks to satisfy the task requirement.
Ms. Nouri completed her Mediation training from Pepperdine University, Strauss Institute Dispute Resolution. (The Strauss Institute has been ranked the number one program among the top five schools by U.S. News and World Report for the fourth consecutive year; the remaining four schools are Harvard University, the University of Missouri-Columbia, Hamline University, and Ohio State University. In the last 12 years, the Straus Institute has never been lower than third and has achieved the ranking of number one in the country 7 times.)

Additionally, Ms. Nouri has been a member of the Legislative Standing Committee for the L.A. County Bar Association, Family Section since 2011. She reviews and provides comments on new legislation to the Executive Committee of the L.A. County Bar, Family Law Section and for The Executive Committee of the Family Law Section of the California State Bar (FLEXCOM) meetings. Hence, she is up to date with the new legislations proposed and laws passed in California.

Ms. Nouri is licensed to practice law in both US and Canada. Immigration law is a Federal jurisdiction in both countries; hence there is no limitation per State or Province to represent a client.

Ms. Nouri frequently represents US citizens, foreigners and Canadian citizens on cross-border issues such as inadmissibility to enter into US or Canada.

Ms. Nouri is a member of the American Immigration Lawyers Association (AILA) and an incoming officer for 2006. She was officer from 2006 to 2009 and AILA Vice-Chair for Southern California in 2008-2009.

She was Chair of the Immigration Section of the L.A. County Bar Association (LACBA) for 2005-2006.

She was Chair of National Security Exit and Entry System (NSEERS) Standing Committee of the Immigration Section of LACBA from 2002 to 2008.

She liaised on behalf of AILA and LACBA with respect to

Immigration & Customs Enforcement (ICE),
Customs and Border Protection (CBP),
NSEERS, and Registration regulations from 2002 to 2008.
She has been the liaison/chairperson for several years with CBP Bureau, and with the ICE Bureau in this jurisdiction.

Ms. Nouri acted as a member of the liaison committees with the Citizenship and Immigration Service Bureau (CIS) and Executive Office of the Immigration Review/Immigration Court (EOIR).

Ms. Nouri was an active member of the Immigration Fraud Task Force.

Ms. Nouri has been a mentor to LACBA and AILA members with respect to Inadmissibility in US and Canada, most commonly due to:

Prior misrepresentation, criminal convictions, deportation orders and other grounds of inadmissibility as set by law,
Residency issues and registration, NSEERS requirements and post 9/11 issues,
Customs and Border Protection (CBP) and Border Entry issues,
Immigration and Customs Enforcement (ICE) regulations, procedures and detention issues for non-citizens with prior criminal convictions.

Ms. Nouri practices in the areas of California Family Law and U.S. and Canadian Immigration law with overlapping Criminal issues/Deportation Hearings and all cross-border complex inadmissibility issues. Nouri Law Corporation is located in Orange County, California with a satellite office in Vancouver, Canada.

Ms. Nouri’s full resume is available online for your perusal.

Are You In Need Of Legal Advice?